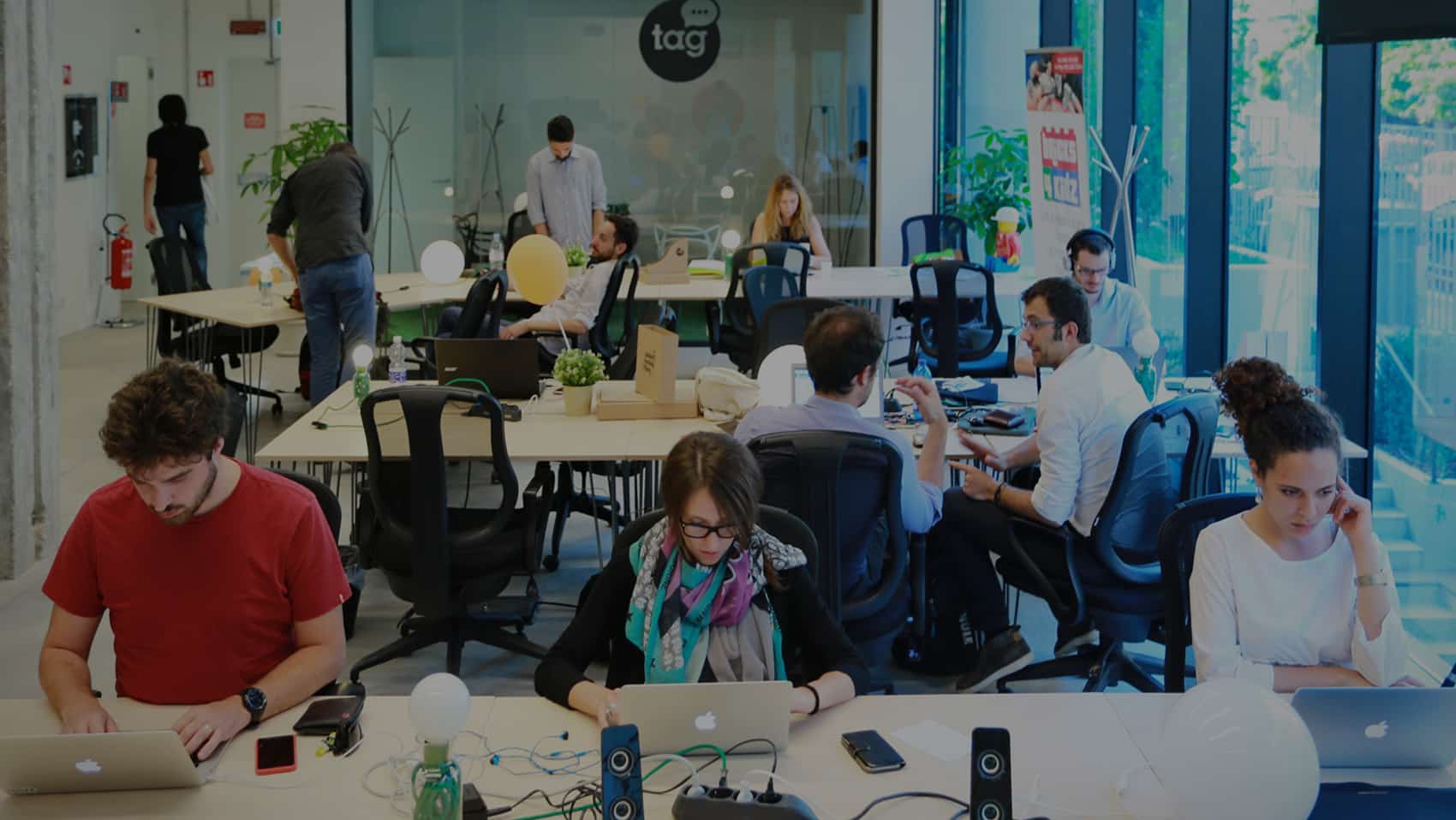 Have you noticed that you’re constantly hearing about new apps, devices, social media platforms, and business models? This is, of course, because we’re living through an age of immense upheaval.

The Internet has fuelled the growth of not only new businesses, but new categories of business.

It means that agile, nimble, hungry startups (some of which are dirt-poor and others enviably rich) now have their eye on consumers who have traditionally been served by familiar, large, established big business. 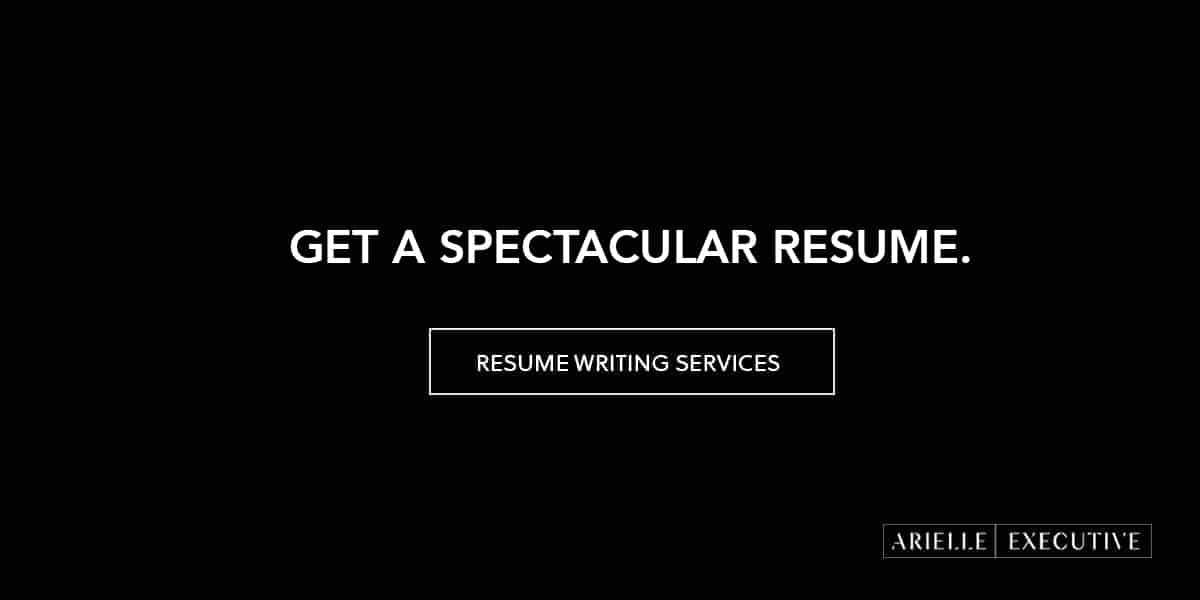 Impact Of Startups On Big Business.

How much market share are startups able to capture? Should heads of big business be worried?

Uber, for example, has been a great example of a funded startup taking on a monopoly – and causing havoc which we’re all familiar with.

Through an aggressive and sustained effort they have given the consumers a new level of control and choice, made a lot of enemies and put a lot of cabbies out of business.

Does this mean that the taxi industry is dead?

No, but unless it finds a way to differentiate itself the value of taxi licences will continue to fall (and let’s not forget that it’s already reached its lowest point in six years when last valued in December 2015).

(Related Article: So, You’ve Had Enough Of The Corporate World).

Look at Apple. They have disrupted (there’s that word again) the music, photography, communications and film industries with their innovations at a time when most people thought of them as a computer company (they started with revolutionising that industry, too).

They have even started Apple Pay to take on the financial services industry.

This is an example of a company leveraging the power of a large corporation and the DNA of a youthful startup unlock massive amounts of value – quickly.

On the other end of the spectrum, Aussie Farmers Direct is a company that offers an alternative to the market by delivering straight to your door with farm fresh milk, bread and eggs.

Coles and Woolworths didn’t see them as a direct threat when they launched in 2005, but Aussie Farmers Direct now have 150,000 active customers across the country, buying exclusively Australian-grown produce from farmers that is delivered to customers’ doorsteps via 148 franchisees.

Even though there have been plenty of startups entering the food retail service space, big brands like Coles and Woolworths have still maintained high market share due to brand reputation, food quality, convenient locations and price factoring.

Vertical integration has also been the key to the success of Coles and Woolworths, expanding their product range, buying into others areas of retail such as liquor, and reacting quickly to changes in consumers needs for products but that hasn’t stopped a myriad of new competitors entering the space.

Another option for big businesses is to either buy out or buy into rising small businesses.

They understood that synergies could exist between the two companies and that their activities could complement each other through separate branding and different target audiences.

Other examples include Westpac, which started its own limited venture partnership capital fund, Reinventure ($A50 million), where it predominantly invests in fintech start-ups.

This way, Westpac can see firsthand which trends are shaping the market – and have already invested $A5 million into SocietyOne – a peer-to-peer lender.

Big businesses will face immense competition from startups in the next 10 years.

Having said that, startups will also present big businesses with significant opportunities for growth – mostly through partnerships and investment opportunities.

Companies that successfully seek out and leverage these opportunities will unlock new ways of creating value for their customers and new bases of competitive advantage for themselves. 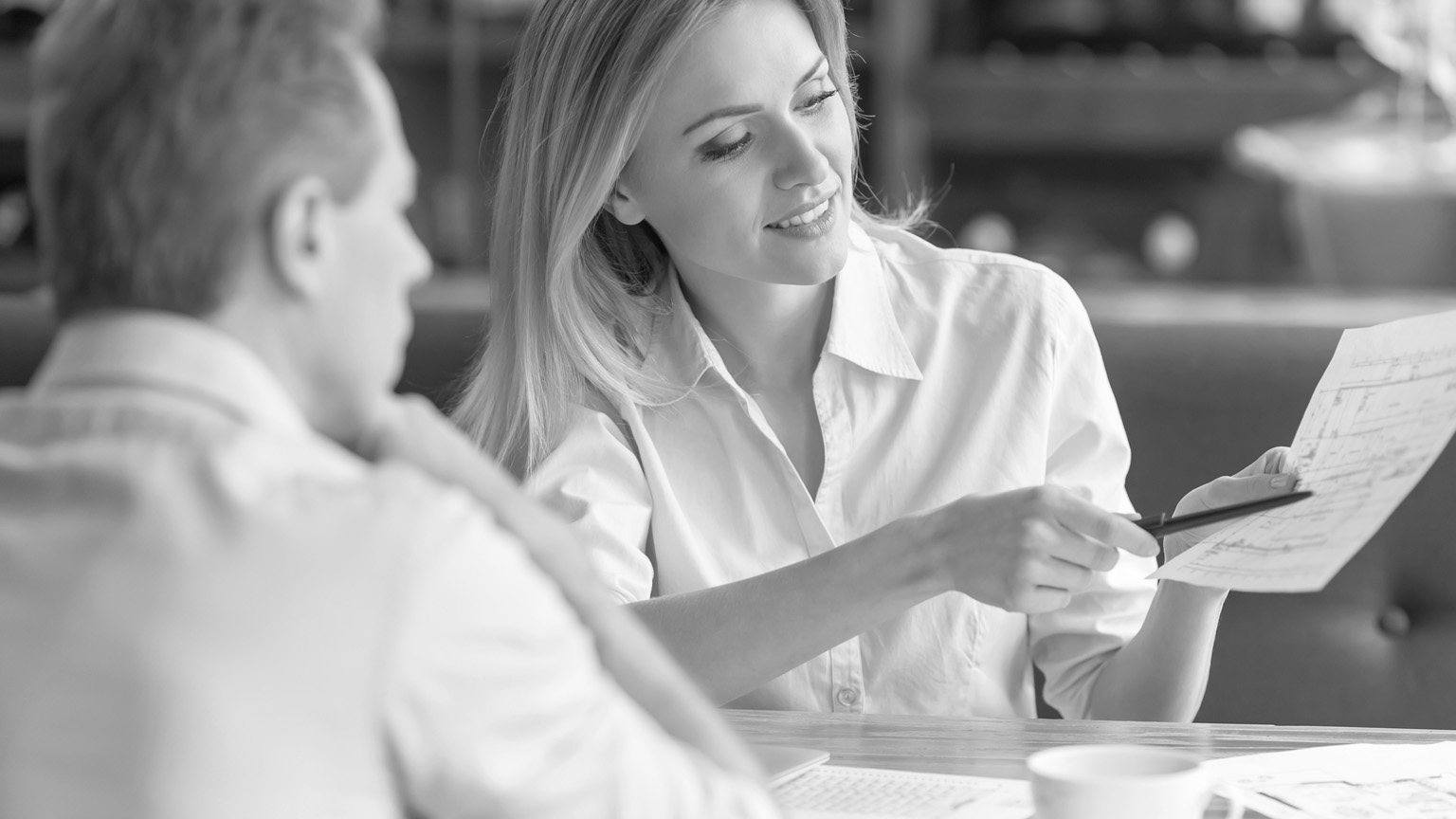 Example Resume For The Australian Job Market (Updated For 2022) 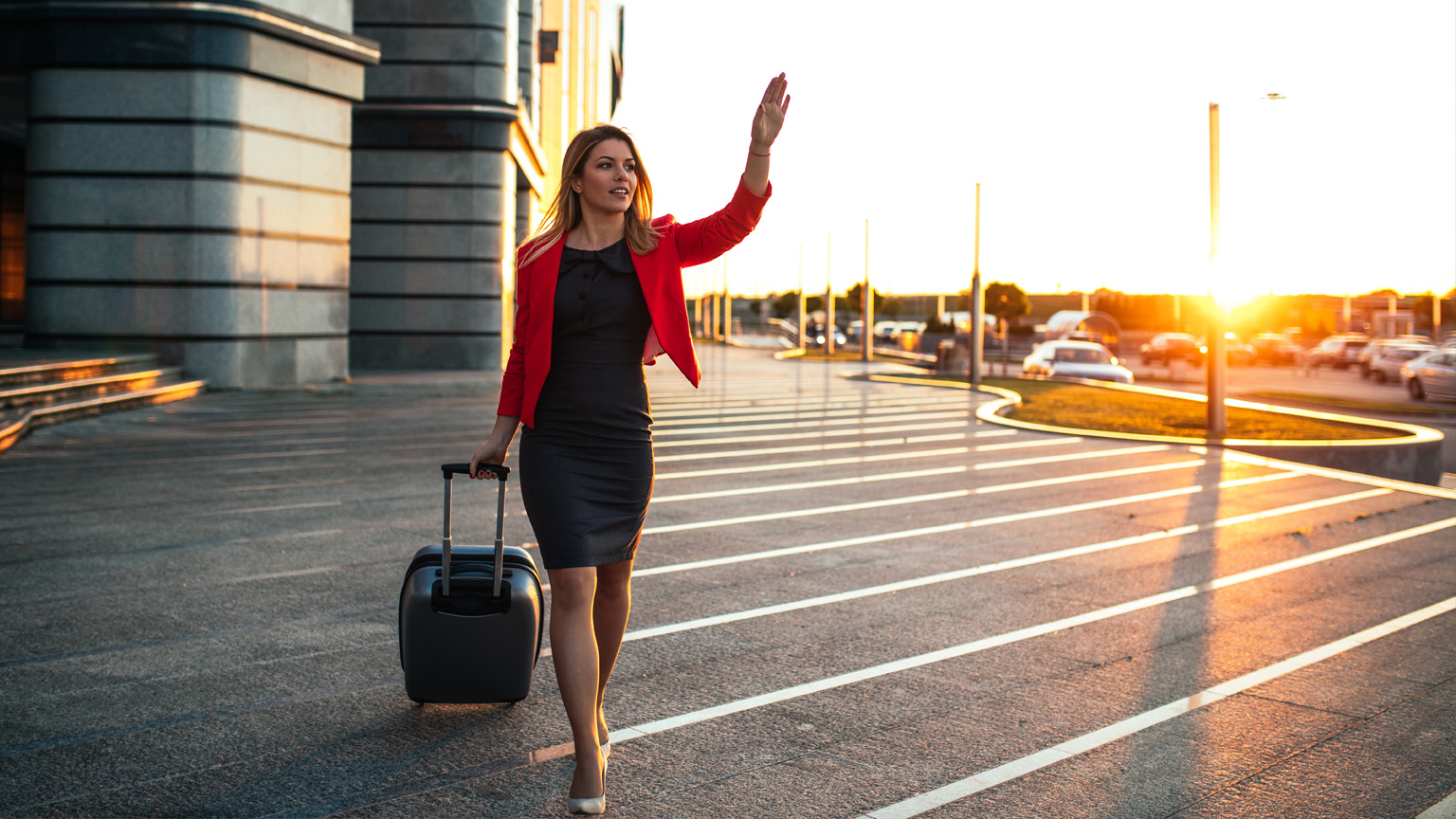 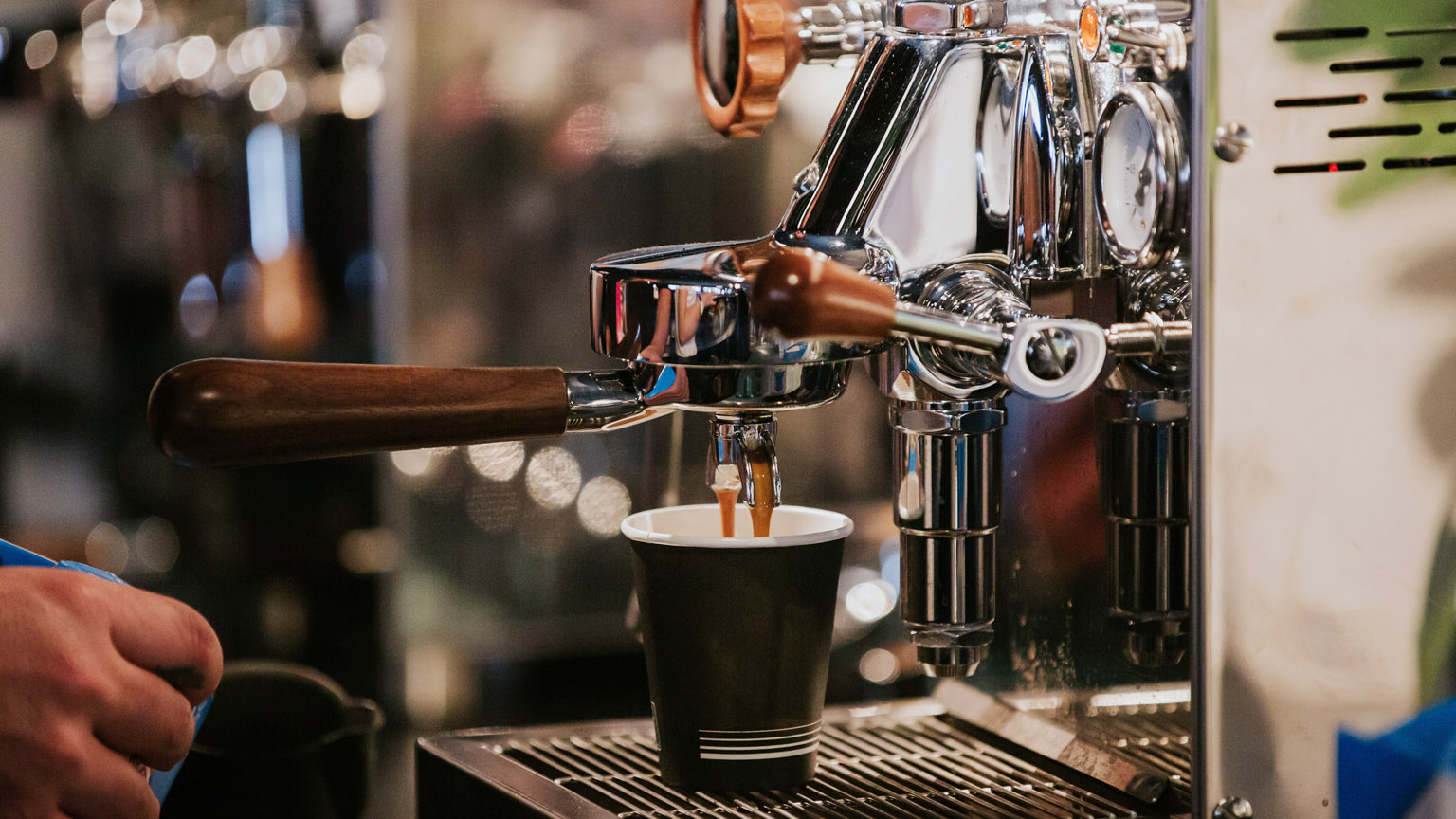 Stephen Gachibi
02:45 16 Dec 21
I found Arielle Executive to be very insightful as to how to tailor my CV, cover letter and LinkedIn profile as a total package. Articulating one’s own value is extremely difficult , however Irene and the team provided me with a significant Competitive advantage. I highly recommend Arielle to anyone who wants to stand out from the crowd.

Michael Monaghan
03:10 08 Nov 21
The process was smooth and thorough and the whole team were excellent to work with. Most importantly, the quality of the product was exceptional. I really enjoyed the whole experience and have already recommended Arielle Executive to friends & colleagues.

Musa Chibowora
05:17 14 Jul 21
I enjoyed worked with Arielle Executive and would recommend them to anyone without hesitation.Their branding process is thorough, and their consultants have the deep expertise to extract relevant skills that highlight your personal brand. Try them, you won’t be disappointed, it’s money well spent!

Fiona Davis
07:33 18 May 21
Irene and the team have made a significant difference to how my skills were translated to the market.Articulating one’s own value is extremely difficult , however Irene and the team provided me with a significant Competitive advantage. Engaging the Arielle Executive team gave me the confidence to compete for roles in a strong market.

David Skirving
03:11 30 Apr 21
I found Arielle Executive to be very insightful as to how to tailor my CV, cover letter and LinkedIn profile as a total package, in order to paint a fuller picture of who I am as a potential employee. I couldn't have done it anywhere near as well myself. And the final presentation of the CV and cover letter were of the highest quality.David Skirving

gai stephens
23:42 12 Apr 21
I found Arielle Executive on the internet and found their offering compelling. I have not been disappointed. After a comprehensive interview with one of their experienced team members - I had a much better understanding of my value proposition. This value proposition was then reflected in my resume. LinkedIn profile and Bio. Each of these documents nailed what I stand for and covered clearly my professional career. I highly recommend Arielle to anyone who wants to stand out from the crowd.

a v
01:05 29 Mar 21
high quality service, that i would be delighted to recommend to others.Alison quickly grasped my requirements and delivered a product that reflected my requirements in a manner i could only have dreamed of.

john wood
08:08 17 Jan 21
Very organized and professional service. Time efficient and quality in attention to detail. Delivers in terms of listening and putting sufficient time into extracting your individual unique value proposition so that it can be authentically and clearly articulated

David Animante
02:24 18 Dec 20
I approached Arielle for help in drafting a CV following some preliminary search on the Internet. I found the entire process insightful and the team (Philippa and Irene) friendly, understanding, patient and highly professional. I was extremely satisfied with the quality of service and recommend them without the slightest hesitation.

Jennifer Reid
09:58 27 Oct 20
The team at Arielle were very professional but also personable. They made it easy to share my story, then help me recreate my new personal brand. It's easy to lose sight of what you are good at. The Arielle team helped me to refocus my attention on those key points in my search for a new career.I would highly recommend anyone who is looking to crystalize their personal story in their quest for a new career to reach out to the Arielle team.

snork69
03:19 21 Oct 20
Arielle hit every timeline and delivered an outstanding set of documentation that led me into the bold new world of recruiting. I recommend this service wholeheartedly to anyone looking to upgrade their career history and move into the digital age.

Joseph Della Gatta
12:04 09 Oct 20
I had an amazing experience with Arielle Executive, from the initial consultation right through to the end on receiving the final documents. My AE consultant Philippa, was great in capturing my career achievements and all the details. I was so pleased how my "personal brand" was crafted & weaved. My resume' is definitely a standout & I have no hesitation in utilizing & recommending their services in the future.

Scott B.
03:15 21 Sep 20
From the initial consultation with Irene and throughout the comprehensive personal branding engagement process with Philippa, I found the overall experience to be extremely well structured and exceeding my expectations. The client exploratory process affords you the right amount of time and quality of engagement to work with the Arielle Executive team as they craft your bespoke personal brand. Successfully and succinctly capturing the narrative of who you are, your career achievements and what value you can bring to a future employer is no easy task: through the efforts of the Arielle team I now have a personal brand that delivers on those objectives. I highly recommend the services of the team at Arielle Executive!

Luke Collis
05:52 01 Sep 20
Awesome people, seamless process with amazing insights/ experience. Really hit the mark for me and I was extremely happy with the final product(s)

Erin Dunkerley
15:31 22 Aug 20
Fantastic experience with Arielle. I was surprised at how well they translated my experience & skill set into such a strong, clearly defined brand. Philippa was a pleasure to work with, & I’m thrilled with the results. Really looking forward to taking my new brand to the market. Highly recommend.

Rebecca Palmer
23:39 14 Jul 20
What a great experience working with Philippa and the Arielle team, from my first conversation with Irene through to the final pitch documents, its been a great journey to go through. The physical deliverables are excellent, and I've had many positive comments about how punchy they are and how they really sell my key attributes. A key benefit for me was how the process really helped me group my thoughts and ideas together and help create my brand. Highly recommend the Arielle team, money well spent.

Arturo Calderon
05:10 23 Jun 20
The quality of the CV's they prepare is outstanding, even in this times of COVID, as soon as you start circulating the CV's you get calls from recruiters.

Josh Rowe
09:24 10 Jun 20
Communicating your value and career story to your next employer is a job best done by professionals. Arielle Executive guide you through a structured process to understand where you've been and where you want to go next in your career. You might be surprised learning some of the amazing things you have achieved along the way. Thank you Arielle Executive team. I will be a repeat customer.

Tom Rustowski
04:34 09 Jun 20
After a long sabbatical, I wanted to ensure my 'personal brand' in re-entering the executive employment market was the best it could be. Arielle provided a thoroughly professional and bespoke service that resulted in a CV and LinkedIn presence that reflects my narrative, my ambitions and something I can be proud to share. Highly recommended.